Kumaon, a land gleaming in natural splendor is a jewel in the great Himalayan necklace and is one of the two regions and administrative divisions of Uttarakhand, the 27th state of the Union of India carved out of the state of Uttar Pradesh on 9th Nov 2000. Extending from the Ganga planes to the borders of Tibet and Nepal, the Kumaon hills displays the endless panorama of scenic wonders.

The Kumaon region consists of a large Himalayan tract divided into two main parts – hills and plains. The plains area consists of two strips called the Terai (wet lands) and the Bhabhar (dry lands). Up to the middle of the nineteenth century the plains region were dense and impenetrable forest. The clean up of the planes area during later periods facilitated the migration of large number of population from the hills, who got engaged in cultivating the fertile lands. 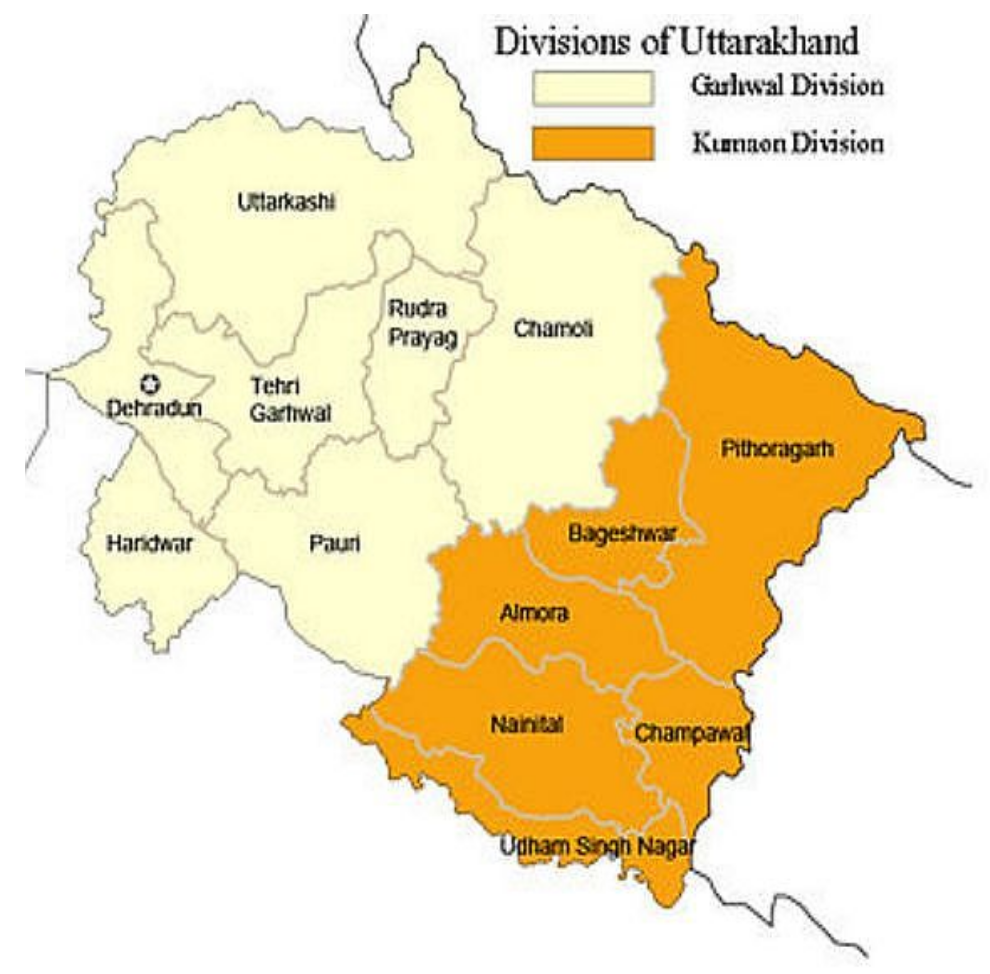